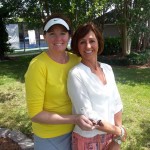 The New Orleans Advocate, April 29, 2015 – The sixth annual Aces Against Aneurysms Tennis Tournament proved to be a smashing success, with approximately $18,000 raised in doubles events for both men and women.

That’s approximately double what the tournament raised in past years, thanks in part to generous sponsors and players. Read more.
Tweet

View all posts by Mary Mouton →