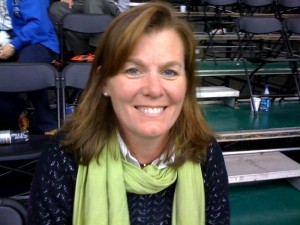 You would never know it by looking at her today, but Rebecca Winchell is lucky to be alive. The Mandeville, La. mother of seven suffered a potentially deadly brain hemorrhage as a result of an aneurysm in 2009.

She organized “Aces Against Aneurysms,” an annual tennis tournament that takes place each spring at Pelican Athletic Club in Mandeville, Louisiana to raise funds for aneurysm research and support group via the nonprofit Brain Support Nola.  In November, 2018, the organization established the Robert C. Dawson Aneurysm Lectureship Fund at LSU Neurosurgery in New Orleans.

“I feel so lucky to be alive that I want to educate others on the symptoms of aneurysms so they can get the lifesaving care they need,” Rebecca said.

The May 1, 2019 ladies tournament was the tourney’s tenth year and offered competitive tennis in a fun and friendly environment, with delicious food and quality silent auction items.

The purpose of the tournaments is to raise funds for aneurysm research and education in the local community. It supports activities such as brainsupportnola.com, a 501(c)3 nonprofit organization  formed to raise awareness about aneurysm and stroke along the Gulf Coast.